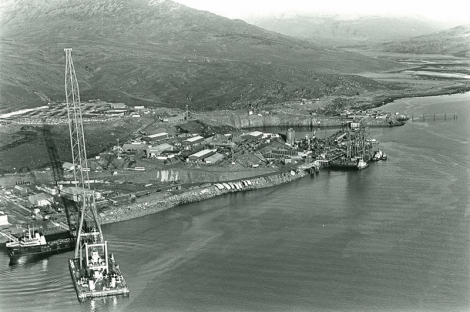 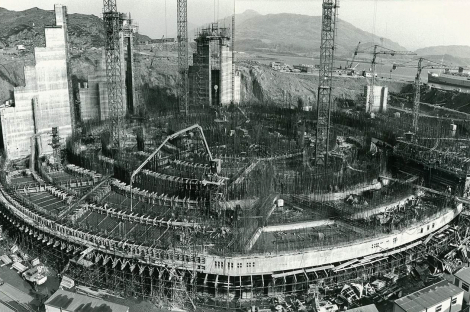 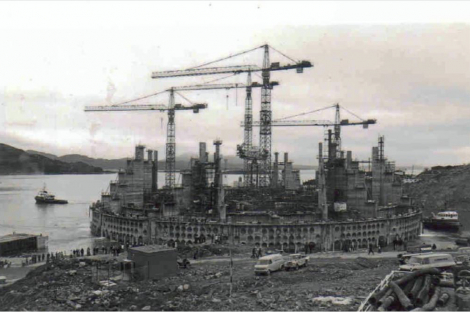 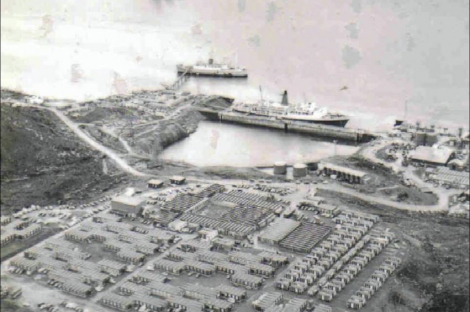 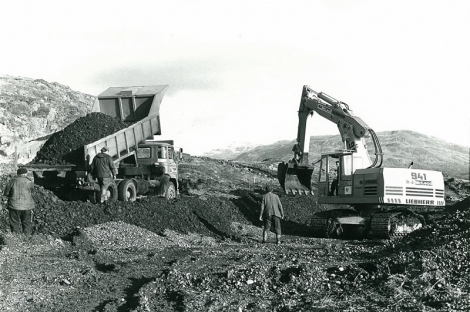 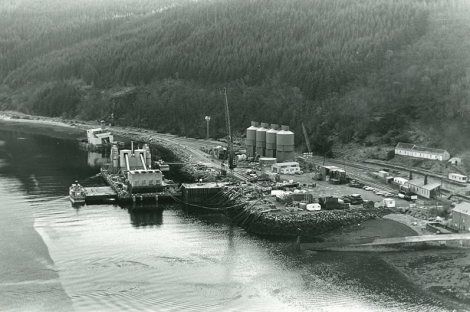 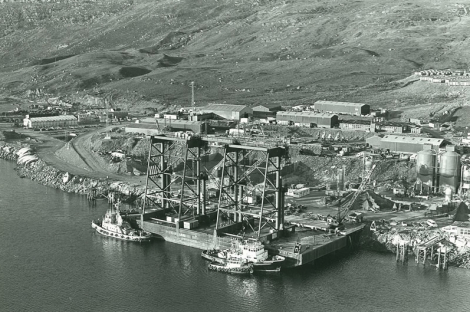 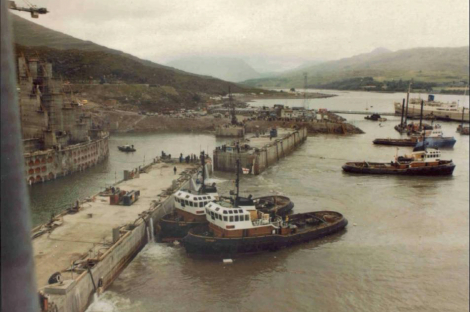 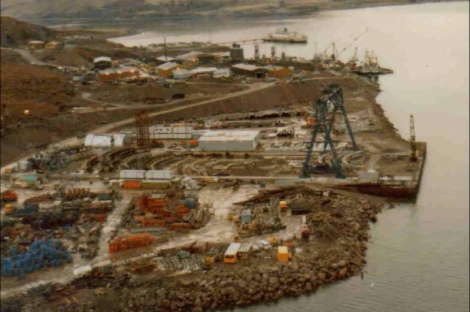 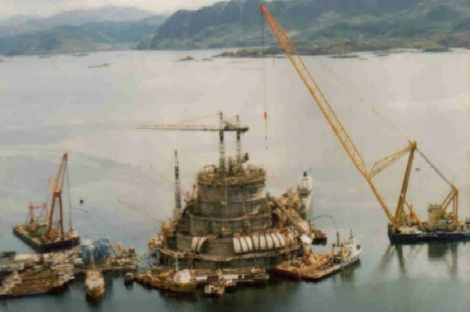 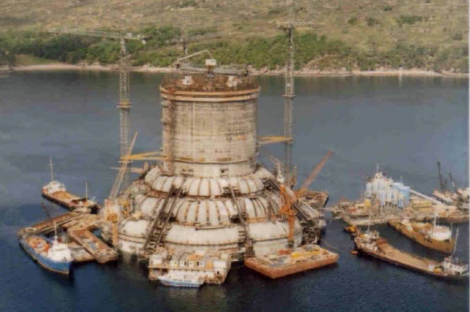 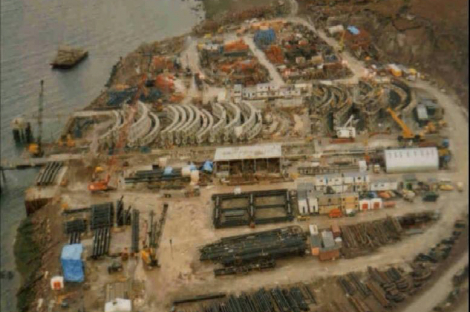 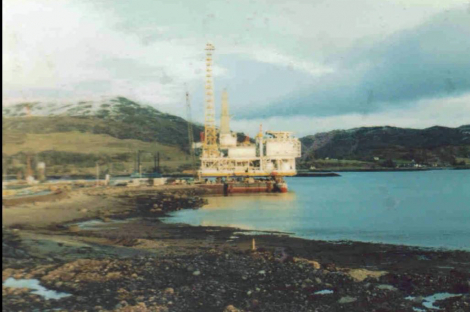 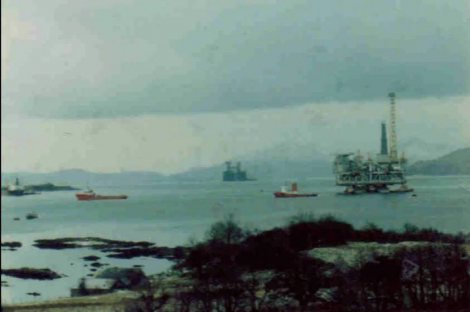 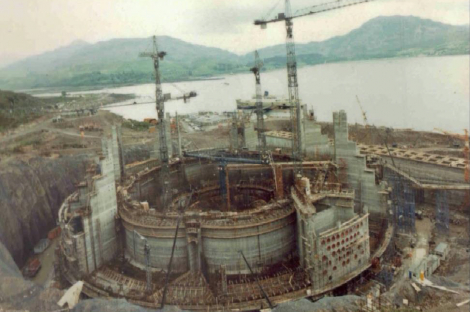 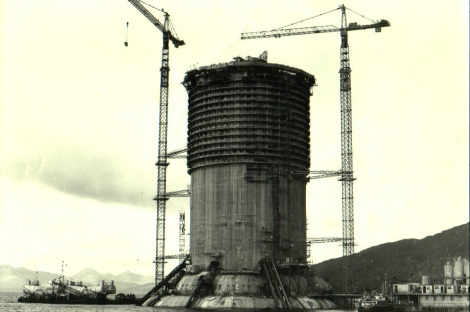 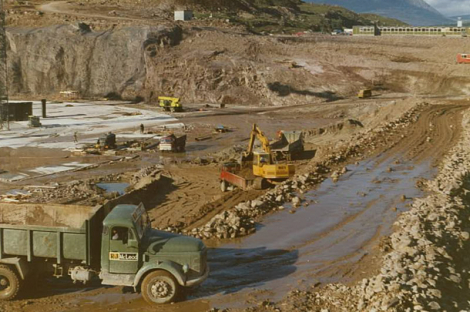 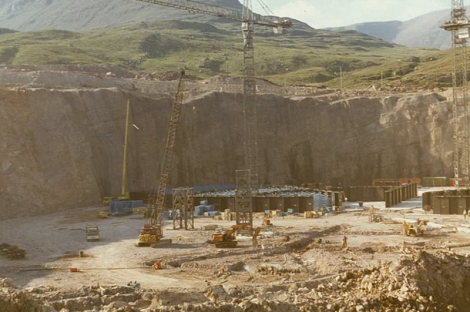 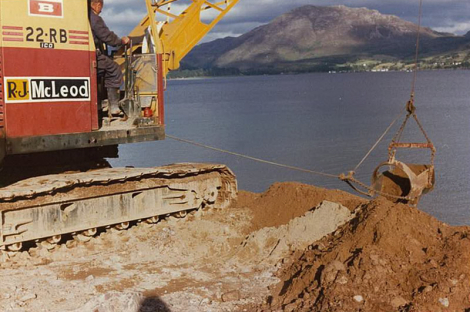 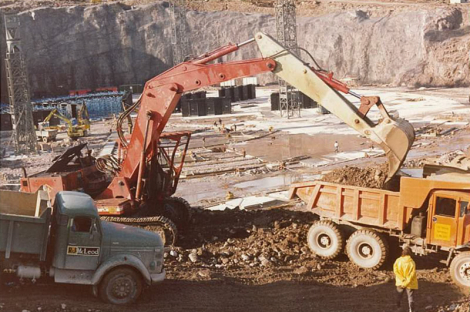 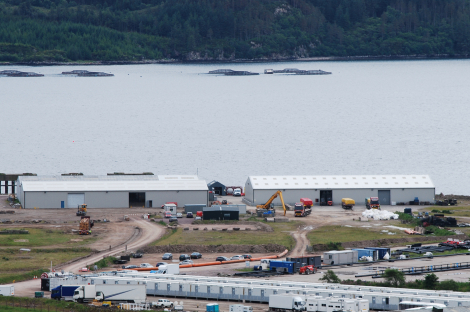 The original Kishorn Yard was developed as a manufacturing and fabrication yard for oil platforms in the 1970’s. The yard was owned by Howard Doris Ltd and operated from 1975 to 1987. In 1975 work began on the North side of Loch Kishorn to develop a substantial acreage in order to build the Ninian Central Platform. This was by far the largest project undertaken at the site and the construction of the 160 metre diameter dry dock to house the first layer of the Ninian Central as it was ‘set down’ as a concrete structure. By 1977 there were over 3000 people working at the yard.

In 1992, the Dry Dock was re-opened to enable two 17 m diameter, 13m high concrete caissons to be manufactured. These two caissons each weighed 2,300 tonnes and support the 250 m main span of the Skye Bridge.

In 2013 Planning and Marine Licencing was granted for the establishment of a renewable energy construction facility at Kishorn. Permission was granted for the restoration of the quay structures on site, an extension to the quarry, reclamation of 9 ha of the coastline, the erection of an accommodation facility, offices and industrial buildings, floating load out quay etc. Anchorages for floating offshore renewable and oil and gas structures were included.

Planning permission anticipated that the Port would be used to support the offshore renewables industry and for Oil and Gas fabrication and decommissioning.